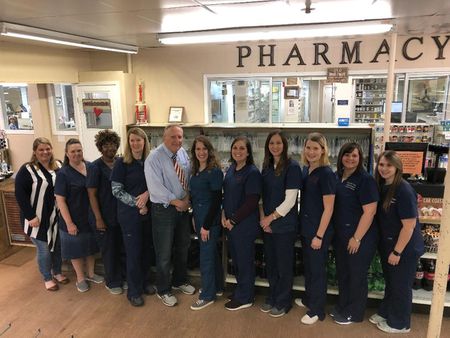 Shop Where We Know Your Name

Medi-Thrift opened for business in 1973. John and Vicky purchased the building that is now Medi-Thrift Drugs. It previously was a grocery store and dry goods store built in the early nineteen- hundreds. One half of the building was remodeled as a pharmacy. Over the years Medi-Thrift remodeled the other side of the building as a full line clothing store. After twenty- five years the clothing store was phased out. That side of the store has been remodeled into a doctor’s clinic that specializes in hormone replacement therapy and a speech pathology office. This year marks Medi-Thrift’s forty- sixth year in business. Medi-Thrift is the only compounding pharmacy serving this area. Also, Medi-Thrift carries a complete inventory of pharmaceutical grade supplements. This past year John and Vicky’s daughter, Anna, began managing Medi-Thrift’s Gift Shop. The Gift Shop, compounding unique hormone replacement prescriptions, pharmaceutical grade supplements, low discount prices and home town friendly service are reasons to make Medi-Thrift your pharmacy!

RPh/Owner, has 50 years of experience as a pharmacist

RPh, has been with us for 7 years

CPhT, compounding certified, has been with us for 27 years

CPhT, has been with us for 18 years

CPhT, has been with us for 8 years

CPhT, has been with us for 1 year

Sihrley has been with us for over 30 years

Hazel has been with us for 8 years

Melanie has been with us 4 years

Katie has been with us for 2 years 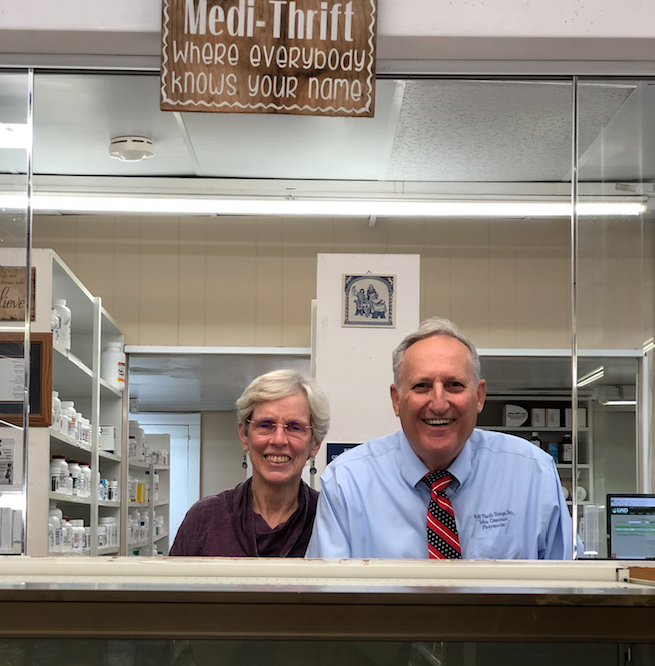 The paragraph below explains why you should get your prescriptions filled at an Independent Pharmacy.

Yesterday, one of my customers that lives in Vidalia called me and asked me to have his prescription transferred from a chain store in Vidalia to Medi-Thrift Drugs. He said his doctor sent it to the chain store and they wanted to charge him $180 for the prescription, and he knew my price would be better.

Independent pharmacists were forbidden from telling the customer it would be less expensive to pay cash. We were threatened with expulsion from the program if we informed the patient, they could save money by paying cash. Also, one insurance company threatened us with expulsion from the program if we said anything negative about them. We had a law passed in Louisiana to prevent insurance companies from using Gag-Clauses.

In closing, I would like to say that every independent pharmacist I know would do the same thing I did at Medi-Thrift Drugs. They would reverse the claim and charge the customer cash. I hope this helps you save money in the future.