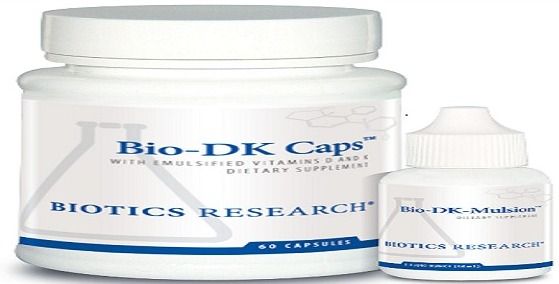 Vitamins D and K work synergistically to optimize bone and heart health. More specifically, vitamin K helps direct calcium to bones and teeth, and away from the arteries. Both osteocalcin (responsible for putting calcium into bones) and (preventing calcium deposits in arteries and soft tissues) are vitamin K dependent. 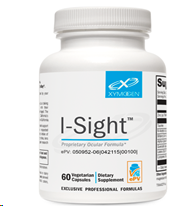 I-Sight™ is a groundbreaking supplement for the care and support of the eyes.Developed in conjunction with respected Ophthalmologists, this formula allows for the increased intake of specific ocular antioxidants in order to maintain healthy retina, lens and eyesight function during the aging years. Significant research confirms the benefits of these ingredients.

SUPPLEMENT FOR YOUR EYES

During World War II, shortly before their night missions, British RAF pilots would snack on bread covered with bilberry jam. Throughout the war, these pilots seemed to be far more successful at hitting their targets than the enemy. The British pilots swore that the intake of bilberry jam prior to night missions significantly improved dark adaption and visual acuity. European and South American physicians began extensive research on the use of bilberry for various eye disorders. The results proved both remarkable and fascinating. Numerous studies confirm bilberry’s effectiveness for a variety of medical conditions including: night blindness (nyctalopia), visual fatigue, severe near sightedness (myopia), cataracts, glaucoma, varicose veins, hemorrhoids, gastric colitis, stomach conditions and possibly inflammatory conditions. While these findings are promising, it’s important to keep in mind that bilberry is not a cure for glaucoma, cataracts or any other medical condition. Rather, it is a supportive nutritional aid in restraining the development of conditions which can cause these disorders.

OlivDefense contains three ingredients that may help prevent colds and flu and may shorten the time of colds and flu.

First: Olive Extract has been studied for an array of healthful attributes including antioxidant properties and effective immune support against opportunistic microbes.

Third: Immune Guard Immune Guard is a patented blend of decaffeinated compounds from green tea standardized to 20% epigallocatechin-3-gallate (EGCG) and L-theanine, a combination that has been demonstrated to support immune system health.

Good quality, uninterrupted sleep is integral to achieving optimal health. Without it, we fall prey to a cascade of physiologic dysfunction that results in increased body mass index (BMI), a decline in cognitive performance1, increased risk of heart disease and diabetes, hormonal imbalances, immune system dysfunction, depression and anxiety, and even vitamin D deficiency.

Regulating Leptin can help control hunger, help prevent resistance to weight loss, and my help prevent breast cancer. A high fat and high sugar diet can cause Leptin resistance. A body with leptin resistance will not recognize hunger signals to the brain. Also, Leptin plays a role in joint and cardiovascular health.

It's the safe and effective way to help relieve occasional anxiety and nervousness.

AnxioCalm is perfect for everyday use, or occasionally when you need extra support. It provides relief when you need it, without drowsiness or mental fogginess.